Carbon farming refers to a variety of agricultural methods that sequester atmospheric carbon in soil, crop vegetation and biomass.

The aim of carbon farming is to increase the rate at which carbon is sequestered into soil and plant material in order to improve farm productivity, increase soil health and create a net loss of carbon from the atmosphere.Increasing carbon content in soil has many benefits, including aiding plant growth, increasing soil water retention capacity, building flood resistance, drought resistance and reducing the need to use fertilisers.

While increasing carbon levels in soil is nothing new in regenerative farming, more and more landowners are starting to practice carbon farming as a result of government policies that encourage them to implement techniques that will sequester carbon.

What is Carbon Farming? 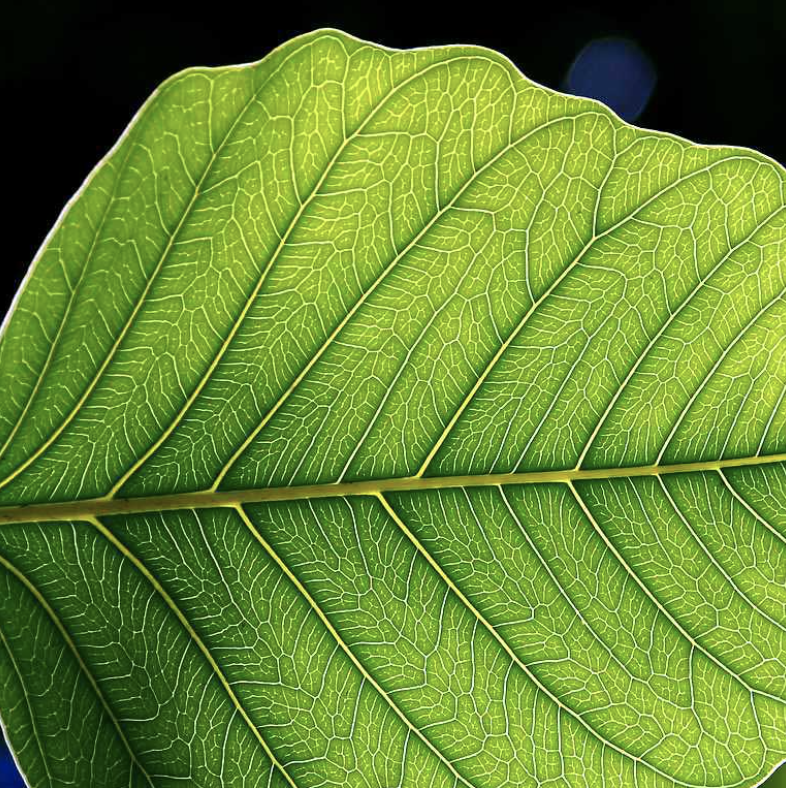 The removal of Carbon Dioxide (CO2) from the atmosphere via plant photosynthesis.
Photosynthesis is a process used by plants and other organisms to convert light energy into chemical energy that, through cellular respiration, can later be released to fuel the organism's activities.

This chemical energy is stored in carbohydrate molecules, such as sugars and starches, which are synthesised from carbon dioxide and water.

Photosynthesis is largely responsible for producing and maintaining the oxygen content of the Earth's atmosphere, and supplies most of the energy necessary for life on Earth.

Plant leaves have small openings, called stomata, all over their surfaces. The stomata open to absorb the carbon dioxide needed to perform photosynthesis. They also open to release the oxygen produced by this process. 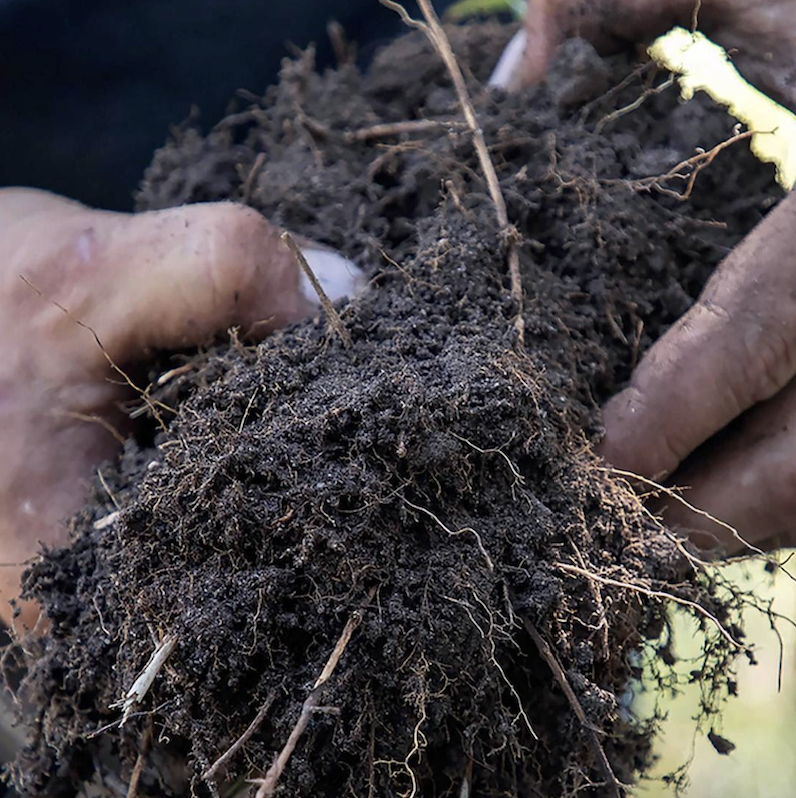 The metabolism of Carbon Dioxide, Hydrogen and Oxygen (CO2, H+ and O2) within the plant using sunlight’s energy to make carbohydrates and retained in the form of plant biomass.

In hot and dry conditions, plants close their stomata to prevent water loss. Under these conditions, CO2 will decrease and oxygen gas, produced by the light reactions of photosynthesis, will increase, causing an increase of photorespiration and decrease in carbon fixation.

Some plants have also evolved mechanisms to increase the CO2 concentration in their leaves under these conditions.
‍

The transfer of carbohydrates into the soil through roots (to feed fungi in return for minerals) and from plant residues into soil organic matter (SOM) where it is stored in the form of soil organic carbon.

Through these processes, carbon is made bioavailable to the microbial metabolic “factory” and subsequently is either respired to the atmosphere or enters the stable carbon pool as microbial necromass, which is the mass of dead plant material lying as litter on the ground surface.

A plant's photosynthetic efficiency varies with the frequency of the light being converted, light intensity, temperature and proportion of carbon dioxide in the atmosphere, and can vary from 0.1% to 8%. 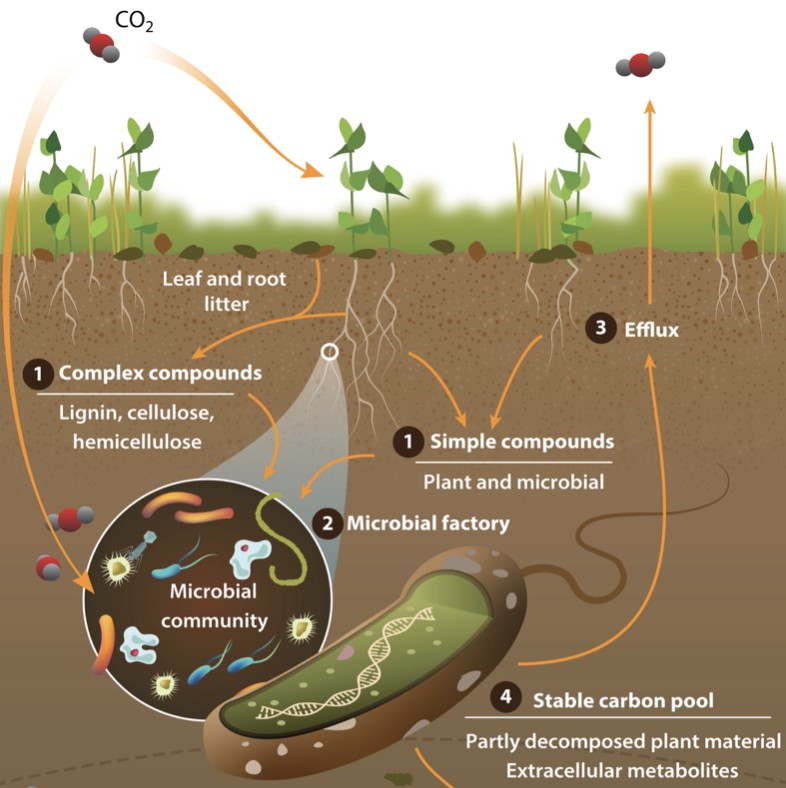 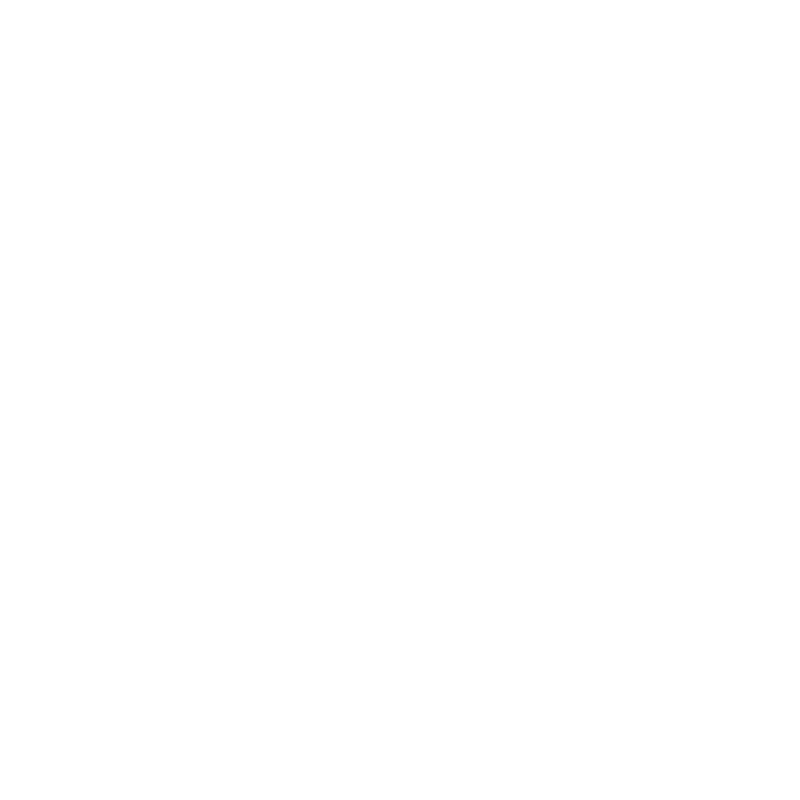 Approximately 45% of Soil Organic Matter (SOM) is carbon. Without carbon there is no soil and without soil almost the entire terrestrial ecosystem collapses. In most Australian soils SOM has been steadily declining since European style agriculture began.

Carbon is at the epicentre of a complex interplay that exists between living matter, dead matter, organic matter and mineral matter; it’s the key ingredient that makes a soil not only fertile – but healthy.

There are many benefits to increasing soil organic matter through carbon farming practices: 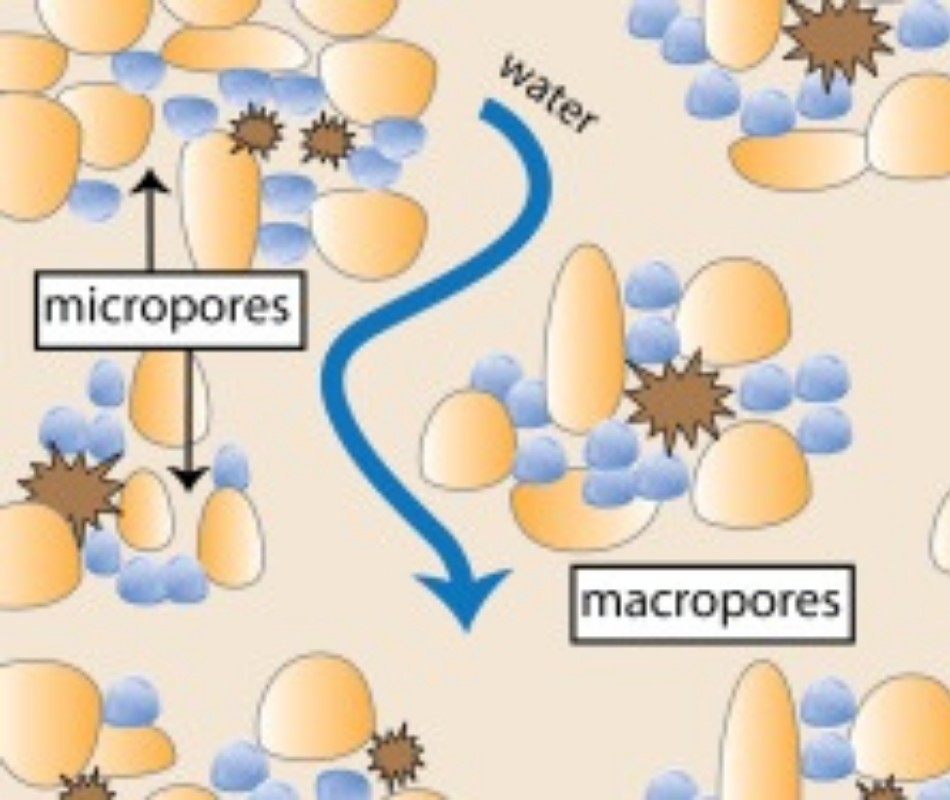 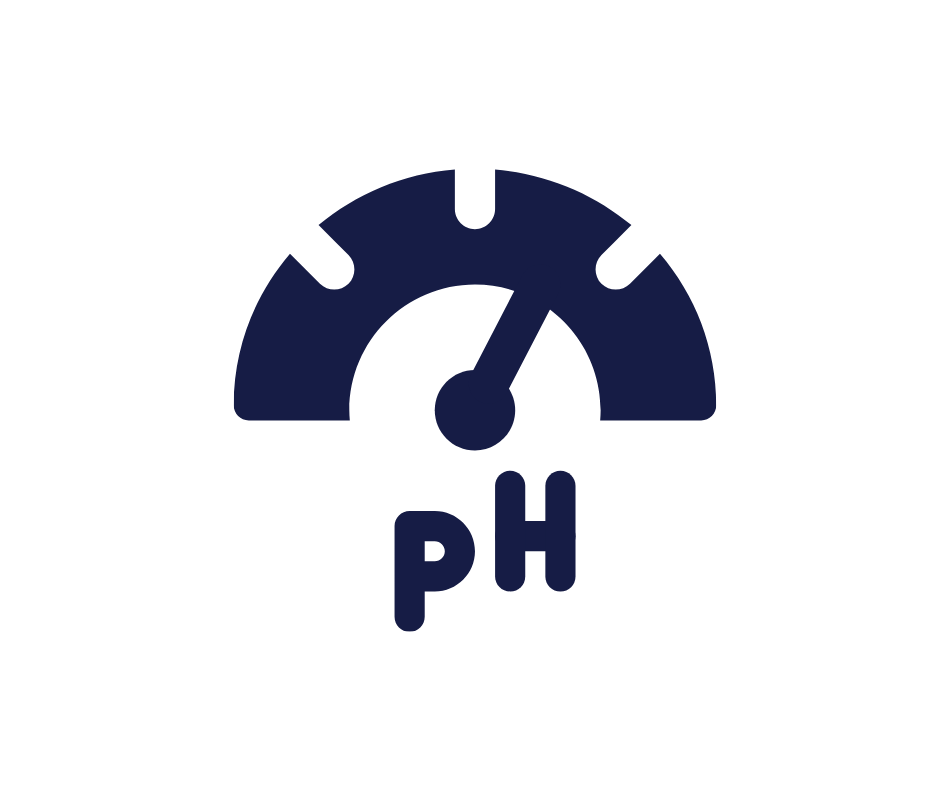 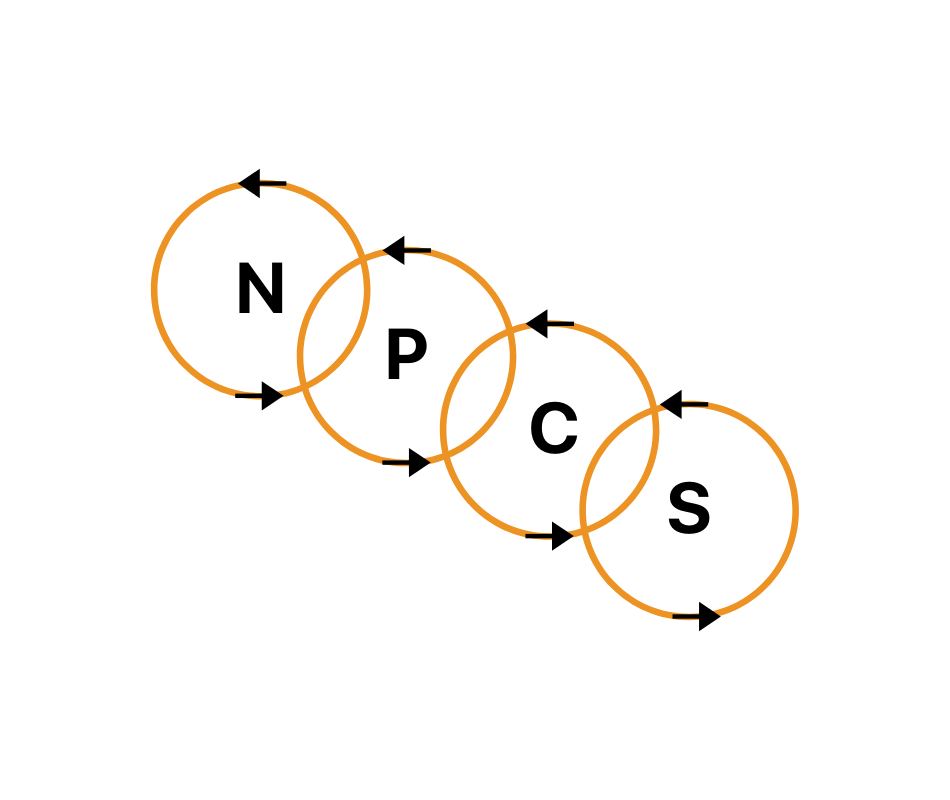 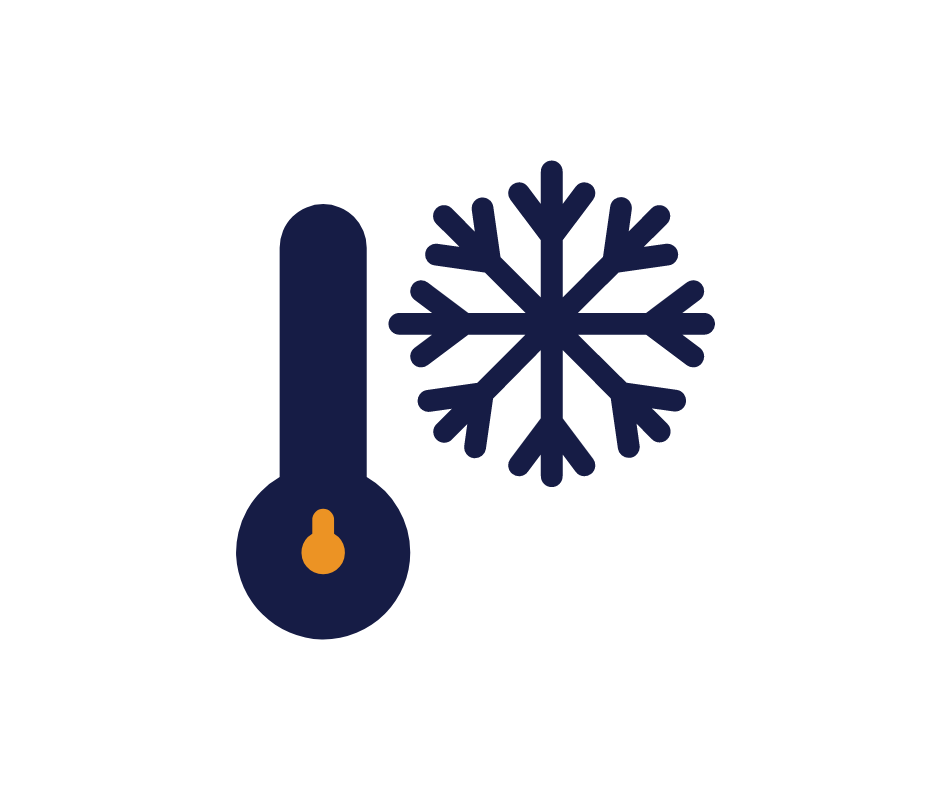 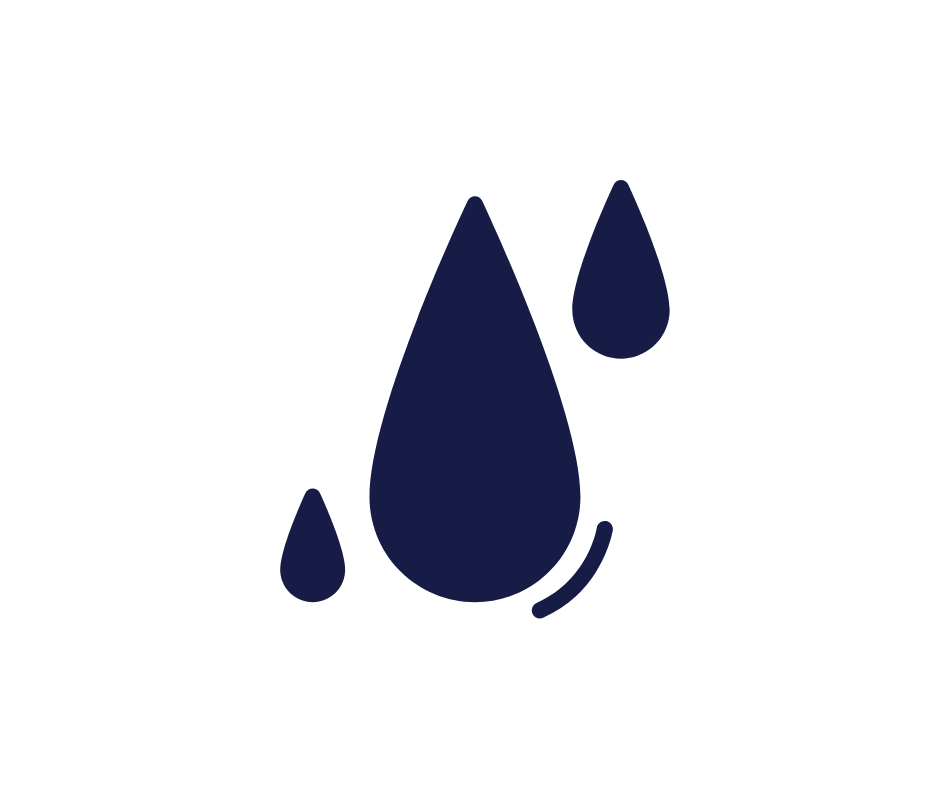 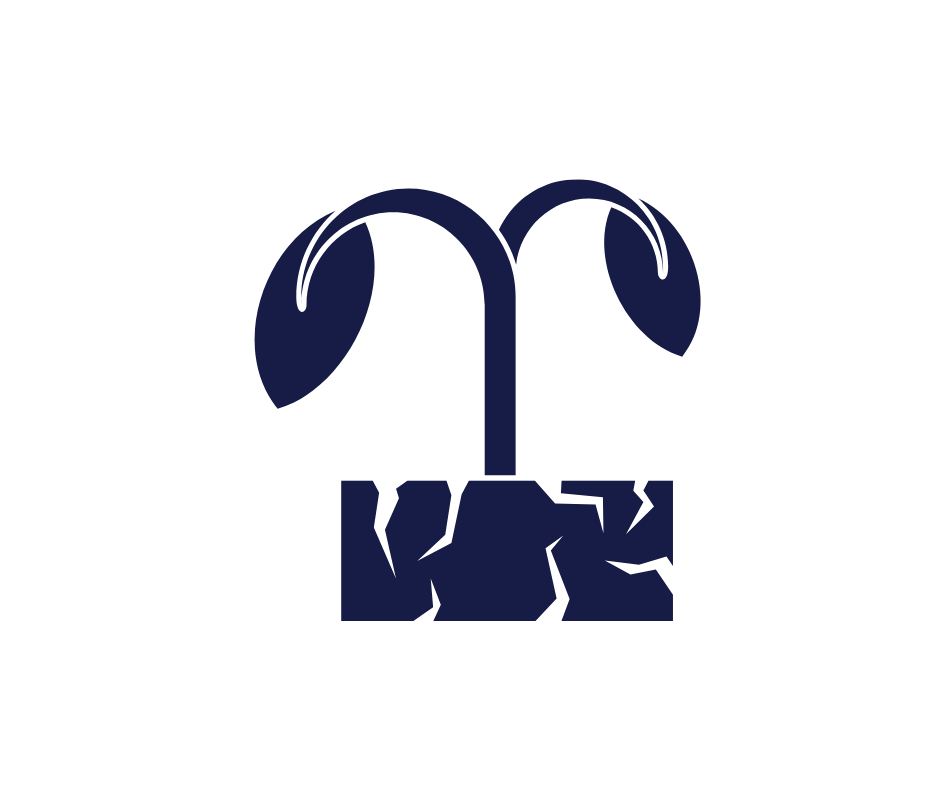 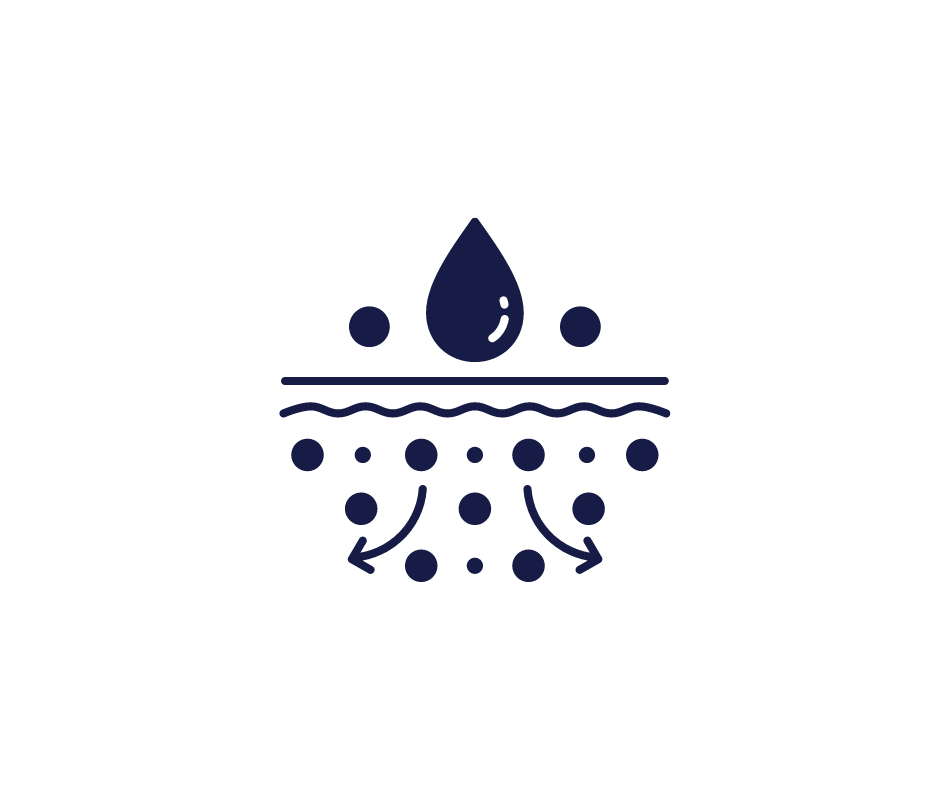 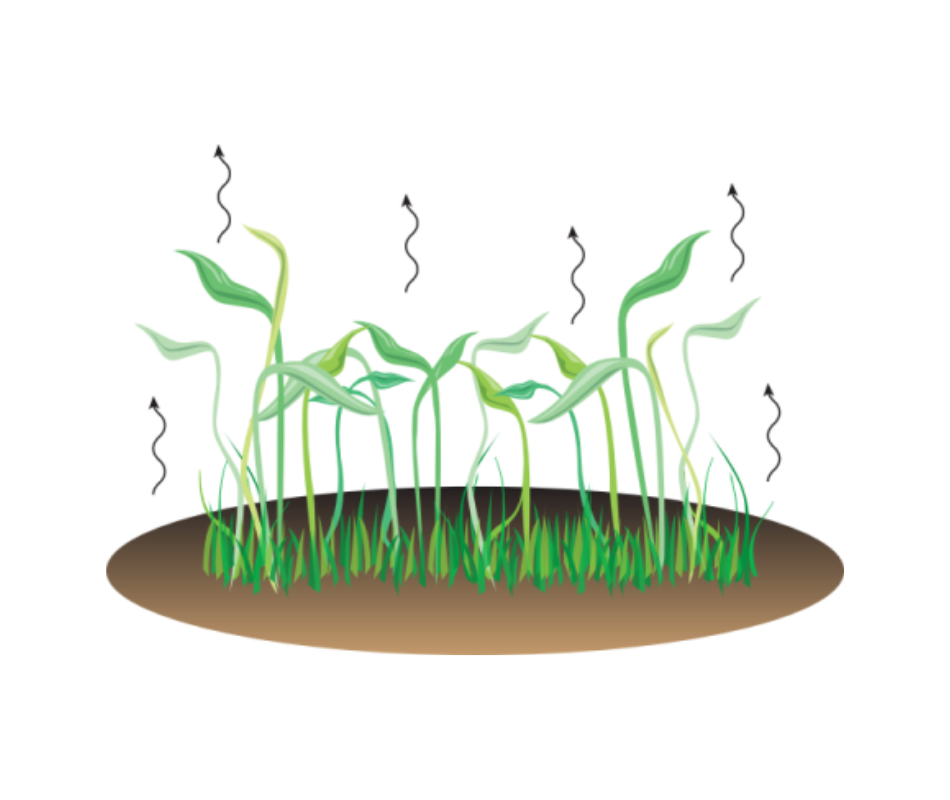 Reduced evaporation from the soil surface and increased evapo-transpiration
Soil Organic Matter is therefore a key indicator not only for agricultural productivity, but also soil security and landscape resilience. 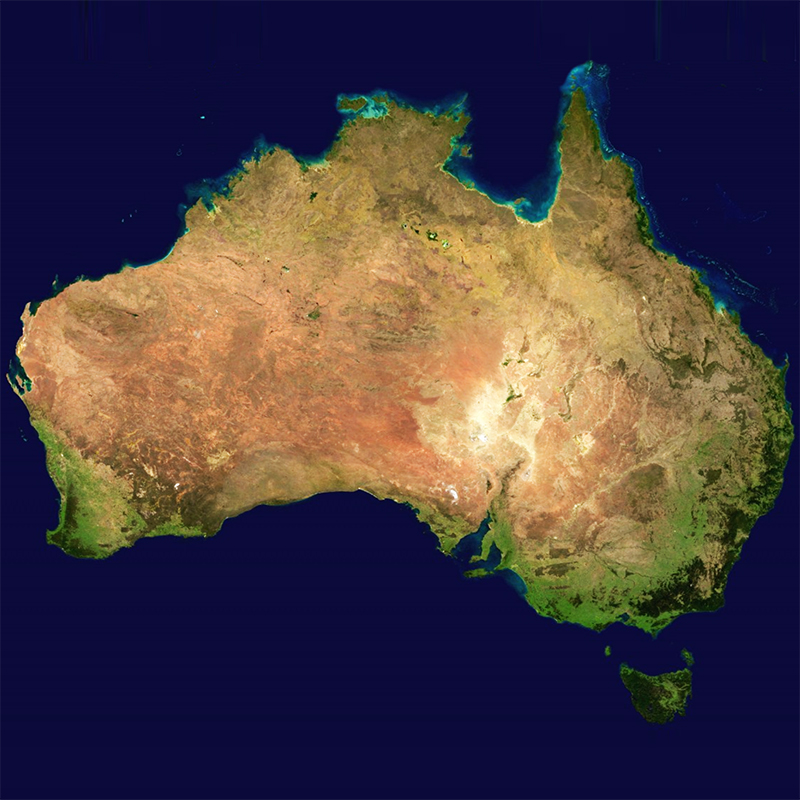 This means that participants can earn Australian Carbon Credit Units (ACCUs) for their emissions reductions efforts. One ACCU is earned for each tonne of carbon dioxide equivalent (tCO2-e) stored or avoided by a project.

ACCUs can be sold to generate income, either by the owner selling them to the government through a carbon abatement contract or in secondary markets.

The methodology currently effective for soil carbon projects under the Emissions Reduction Fund is the Measurement of soil carbon sequestration in agricultural systems method.

The following funds are designed to help farmers overcome financial barriers to entering the growing carbon market:
$5000 advance to support Soil Method baseline sampling costs under the Emissions Reduction Fund (National)
‍
‍An advance payment of up to $5000 will be offered to eligible Emissions Reduction Fund (ERF) proponents to assist with the upfront costs of soil sampling.

The State Government's $15 million Carbon Farming and Land Restoration Program aims to realise agriculture's potential to sequester carbon in the landscape and contribute to the growth of the Western Australian carbon farming market.

Landholders can choose between several common modes of operation when it comes to managing and financing their soil carbon projects:
1. No or little upfront Investment: Landholders assume minimal financial and legal responsibility.
‍
‍The aggregator manages the project, controls the trade and takes full responsibility financing and legally securing the project.

In this mode of operation, the aggregator receives the larger portion of the profit.
2. Medium to large upfront investment: Landholders assume most or all financial and legal responsibility.
‍
The aggregator manages the project, controls the trade but takes little to no responsibility of financing or legally securing the project.

This is just the beginning

Our team has extensive knowledge in carbon farming and is happy to assist you in your projects or complement an existing advisor’s services.

Sign up to the Carbon Count Newsletter and discover how you too can improve farm production whilst benefiting from the new income stream the carbon trading market has to offer.

Thank you! Your submission has been received!
Oops! Something went wrong while submitting the form.